Chouf is a historic region of Lebanon, as well as an administrative disrict in the governorate (mohafazat) of Mount Lebanon.

Located south-east of Beirut, the region comprises a narrow coastal strip notable for the Christian town of Damour, and the valleys and mountains of the western slopes of Jabal Barouk, the name of the local Mount Lebanon massif. Chouf is the heartland of the Lebanese Druze community, with Druze leader Walid Jumblatt residing at the Jumblatt palace in the town of Moukhtara. The Emirs of Lebanon used to have their residence in Chouf, most notably Bachir Chehab II, who built the magnificent palace of Beiteddine during the first half of the 19th century. Another historical town, located just below Beiteddine, is Deir al Qamar (the monastery of the Moon).

Baakline, another large and historic town in the Chouf, used to be the capital of old Mountain of Lebanon, where Druze Amir Fakher El-Deen II was born. He was well liked by both Christians and Druze. He switched his residence to Deir al Qamar due of a water shortage in Baakline.

The Chouf is living proof of the harmony between Maronite Christians and Druze.  The Chouf is one of the best-preserved Lebanese districts and its nature has been generally spared from the intense building frenzy that has spoiled Lebanon. The biggest forest of Cedars of Lebanon is found on the flanks of Jabal Barouk. 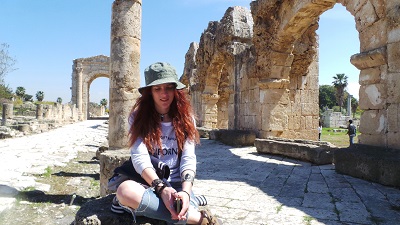